Double S Media is a diversified communications-content company based upon a commitment to quality customer service.

Do you need the right words for your video, web or print product? The staff of Double S Media write, produce and edit the content necessary to make a top-flight, attention-getting presentation designed to bring an increase in sales, awareness and impressions to your clients and customers.

Are you looking for a professional video presentation which tells your company's story? Double S Media can assist you in any part of the project - from storyboarding, writing copy and pre-production to audio and video recording, post-production and distribution.

Please browse our site to get an idea of the types of projects we've been hired to produce. And if you have any questions, feel free to get in touch. 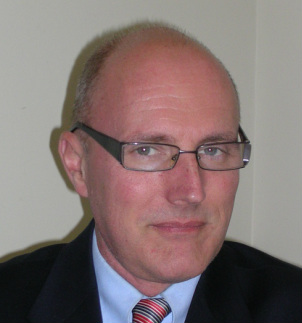 one of the founders of Double S Media, Barry Schickling has a lengthy and varied career in journalism and mass communications. As an executive with a background in publishing and broadcast management, he's designed problem-solving strategies, developed relationships with government and media representatives and has maximized his public relations, promotional/marketing and social networking skills to help ensure success for the companies for which he's worked.

From his days as an announcer with AT&T's telephone information service, Dial-It National Sports, through to his time as Executive Editor of the Daily Local News in West Chester, Pa., the Temple University graduate has taken advantage of his collaboration and communications skills to achieve success.

He's the creator, executive producer and host of ECHL Week, the only regular show in North America about a minor professional sports league, specifically the ECHL, pro hockey's AA stepping stone. In five seasons, the program has attracted hundreds of thousands of views to both digital and over-the-air broadcast platforms.

During his nearly five years leading the DLN, the newsroom won 21 national, statewide and regional journalism awards. He also served as the Sports Editor of the paper and during his time in the sports department, the Associated Press Sports Editors named the Daily Local News as having one of the 10 best sports sections in the United States in its circulation category.

Among his other stops along the way were: Assistant Managing Editor of The Sports Network wire service; being a contributor to several ice hockey websites; Managing Editor of Deputy Sheriff Magazine; being a business news reporter; and being in charge of operations for a non-commercial radio station in Bucks County, Pa.

The welfare of his community is also important to him. He's a past president and board member of an all-volunteer coalition which advocates for the importance of early childhood education, plus he's volunteered as an English tutor for a local non-profit organization, the Challenge for Cancer Bike Tour (benefiting The Cancer Center of Chester County and the Neighborhood Hospice - both affiliated with Chester County Hospital) and the Benchmark Twilight Cycling Classic, presented by the Greater West Chester Chamber of Commerce.
​

As a veteran of both daily and weekly newspapers, award-winning journalist Natalie A. Smith has spent more than two decades in writing, editing and managerial positions at numerous publications. Most recently, she was Assistant Managing Editor and in charge of the entire features department of the Daily Local News in West Chester, Pa. where she conceived, assigned and edited stories, covering topics as varied as health, family, food, personality profiles, home & garden and religion. Her twice-monthly column was recognized as one of the best in the state. Among her duties were representing the newspaper at public meetings and functions and speaking to both student and adult audiences. Her recognitions include four Keystone Press Awards from the Pennsylvania Newspaper Association for column writing, feature writing and page layout, plus another for headline writing from the Philadelphia Press Association.

The co-founder of Double S Media has honed her marketing skills by creating and overseeing reader-participation contests and features, and has conceived, organized and collated reader opinion surveys. A national campaign to promote a local songwriter met with internet success. The Widener University graduate has also served as the Editor of a daily newspaper in Phoenixville, Pa., and wrote for the Delaware County Daily Times, in the western suburbs of Philadelphia. In addition, she was the Associate Editor for an award-winning weekly newspaper which served Philadelphia's Main Line. Included in her duties was being chiefly responsible for the newspaper’s A&L magazine, a 16-page tabloid devoted to arts and leisure activities throughout the area.