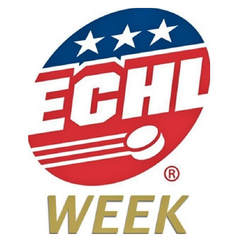 The ECHL and Double S Media LLC are pleased to announce that the eighth season of ECHL Week will debut on Friday, Dec. 6. There will be 20 shows this season which will conclude after the awarding of the Kelly Cup in June of 2020. Shows will generally debut on Fridays at 2 p.m. ET.

ECHL Week, produced by Double S Media, showcases highlights, interviews and feature stories from around the league and gives fans the latest news and insight from all 26 teams. It’s the only program of its kind featuring minor professional ice hockey.

Each new episode as well as previous ones from the past seven seasons can be accessed through the league’s website - ECHL.com. Shows and features can also be viewed through ECHL Week's social media …